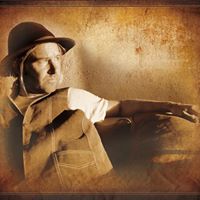 This is the 6th Album from Jim which shows he has some good influences for sure. I would say he sounds similar to Bob Dylan in terms of the voice and style. There are some horns on a few tracks which help separate him from average musicians. The other cool thing I saw with this album is in order to have enough funds to produce this album, he actually rode his bike Oceanside, California to Savannah, Georgia in order to drum up enough funds. It doesn't sound too bad, and check out tracks 1, 3, 11, and 12 for a few of the best tracks on the record.