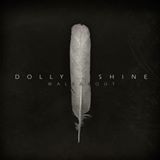 Pretty solid album here, which i believe is on Todd Snider's personal label (Thirty Tigers). I thought they sounded a little like the Band of Heathens, but a little more Countryish. There were a couple of tracks where they simply knocked it out of the park. Tracks 1,7 were solid, but #8 stood out as the best track on the Album by far. Pretty good overall.