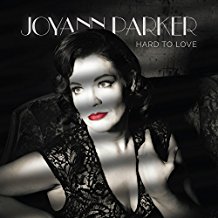 Unlike most blues musicians who are self-taught and either take a direct path into the music or back into it while exploring their rock roots, Joyann Parker is a classically trained pianist with a music degree who got recruited to the blues by virtue of winning a contest with Aretha Franklin’s" Chain of Fools". Redirecting herself from the classics to the blues, Parker jumped in full-tilt and was soon representing the Minnesota Blues Society at the International Blues Challenge in Memphis. On this, her second release, she shows a broad appreciation for her new-found passion and co-wrote all 13 tracks with guitarist Mark Lamoine. With a voice that easily negotiates everything from a low-down growl to a pristine soprano, sometimes in the course of a single verse, she works her way through funky accusations of infidelity," Who What When Where Why", rocking kiss offs to a man who will fade from memory within the course of a single trip, "Memphis", loose New Orleans style blues that can’t help but turn up the heat, "Ray", as well as sultry ballads about a relationship that can’t work either because it was unobtainable in the first place, "Jigsaw Heart", or because she’s just plain difficult, "Evil Hearted". "Envy" and "Dizzy" find Parker and crew in upbeat Memphis Soul territory while "Take My Heart and Run" is a stinging blues. Chuck Berry gets an inspirational nod on the guitar driven rocker," What Happened to Me" where Parker can’t figure out the path from where she started to the party girl she sees in the mirror. That track along with "Bluer than You", "Your Mama" and the title track all give Parker a chance to show off her piano chops. The title track sounds like a long-lost songbook classic while "Your Mama" is a fun twist on the typical “other woman” lament with her lover’s mother being the subject of her scathing put-downs and demands that she be kicked to the curb as a condition of continuing the relationship. A terrific release that reveals that while Joyann Parker is new to the blues, she has already earned a master’s degree. Smitty