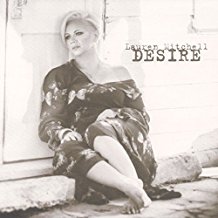 Florida based singer Lauren Mitchell is joined on this effort by an all-star cast of West Coast musicians led by producer/drummer, Tony Braunagel and includes the likes of Johnny Lee Schell on guitar, Jim Pugh on keys, Reggie McBride on bass and the Texicali Horns- Darrel Leonard on trumpet and Joe Sublett on sax. Coming off a broken marriage, Mitchell uses this disc as a vehicle to explore matters of the heart and the never-ending tug and pull of relationships. The horn-driven "Soul Music" finds her favorite music running through her mind as she finds the right man and on the slinky title-track and Etta James’ classic "Jump Into My Fire" she invites a potential conquest to give in to his desire. On the ballad "Today" she laments being left behind by a lover with an ache that is palpable in her voice but quickly rebounds on the funky Ashford/Simpson penned" I Ain’t Been (Licked Yet)" where she proclaims she is far from being consigned to the ash heap of romantic history. On the equally funky Anti-Love Song she gives a wary eye to someone she just knows will break her heart. "Lead Me On" finds her ignoring her own instincts that a relationship is going nowhere just to spend an evening wrapped in the warmth of a what appears to be a romantic dinner date but is really only a one-night stand. While she admits she doesn’t always make the best choices she is equally clear that they are for her to make, not for the sideline quarterbacks, "I Don’t Need Nobody to Tell Me (How to Treat My Man)". This isn’t all matters of the heart though. On the party ready "Brown Liquor" she dips into liquid courage for a night that finds her waking up in a hotel with a stranger and tales of a night of debauchery and on the gospel-fueled "Bridge of My Dreams" she puts relationships on the shelf and takes a longer view proclaiming she is no longer in fear of the great unknown. With a broad rich voice that is equally effective on the snarling kiss off’s as on the quivering ballads, Mitchell is a welcome new talent. Smitty