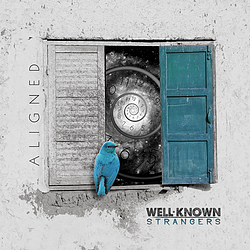 If you were missing listening to Alanis Morrisette then look no further. Pick up this Album and play just about any track and you will be right back in the mix. It really is not too bad overall, but the voice and music sounds very similar in my opinion. I love her voice for sure, but i could see them doing more with their talents than the direction they went on this album. Not too bad though, tracks 2, 7, 10 were pretty good.