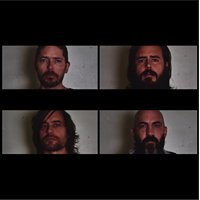 I really liked the sound and the recording of this full debut album from The Deadmen. They were able to make their name from doing countless shows around the Washington DC area, and become a local force out there. They released an EP back in 2014, but this is the first full album for them, as they wanted to take the time to polish this up and make it sound good. Mission accomplished guys. They have a nice clean Rock sound to this album, which was written around frustration and Paranois, the staple of many American Rock N Roll albums. I thought the vocals were similar to Kurt Cobain, but the songwriting is what this album is all about!!! Not too bad overall, and i enjoyed tracks 3, 6, 7, and 10 the most.