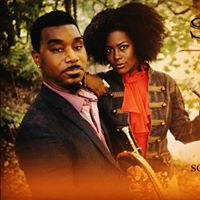 If you are looking for an extraordinary jazz album that is well written, this is it. April May Webb and Randall Haywood, who have the education to back up their musical talents and influences, really express their capabilities on this record. Randall graduated from The Julliard School Of Music, and April was the first Female to graduate from The William Paterson University Jazz Education Program. The vocals she posses are second to none, and the sound which is soulful and smooth is so relaxing and enjoyable to listen to. The have a soulful sound like from the late 50's but with a modern day spin from Jazz Greats. They have some of their own music on the album which is outstanding, but also throw in some great covers like "Blackbird" and "All I Do" which have nice Jazz interpretations mixed in with them. Pretty awesome sounding, and i liked tracks 2, 3, 8, and 9 the most.