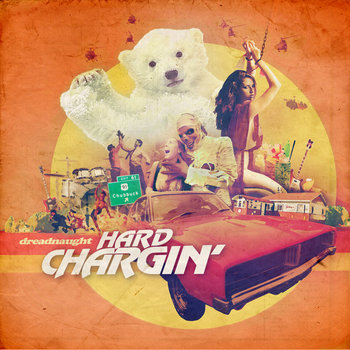 In looking at the cover of this album, before I started reviewing it, I noticed there was a sense of weirdness going on. Well the album is a direct reflection of this cover. I would closely relate their style of music to some of the artists we might consider unique or weird like Les Claypool and his Flying Frog Brigade, Frank Zappa, and even Rob Zombie on a few tracks. They have that Jazzy/Rock feel to it where you can tell quite a bit of their music is Improvisational, but there are parts which sound a little like Umphrey's Mcgee as well. Pretty unique and cool to listen to overall, i really enjoyed tracks 2,4, and 6 the most.