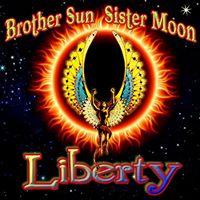 This was the first time I had ever listened to these guys. I have to say they are very bluesy, and have some pretty good musicianship for sure. I thought they sounded similar to The Derek Trucks Band overall, as they have quite a bit of blues to them, but on a couple of tracks there is a little funk that gets thrown in as well. I think it could have been recorded a little bit better, but given this is on their second album, and sure they are still learning a little bit. Still a very solid blues album. Check out tracks 1, 2, 10, and 12 for some of the best tracks on the album.