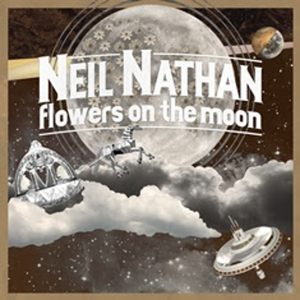 Flowers On The Moon

Neil Nathan is an American rock/folk/alt country singer songwriter from New York City. Neil is best known for his folky cover of ELO and The Move's "Do Ya," featured on the Californication Season 2 Soundtrack. Neil is a multi-faceted artist Neil Nathan making his own art form of jumping seamlessly from genre to genre (blistering rock to gentle acoustic pop).

The NYC based singer-songwriter released his new earthy, ethereal, acoustic driven LP, 'Flowers on the Moon,' on April 28. Musical and vocal style on the tracks sould like artists: Neil Young, The Byrds and Seals & Crofts to Robert Plant, Flaming Lips, and the Kinks. Neil beautifully describes the overall vibe and thematic flow of the project. "Life is short. Art is long. That about sums up the theme of my new record 'Flowers on the Moon.' The quote is attributed to Hippocrates, the father of medicine, and according to Neil this record has been a kind of a healing medicine; meditation on the fleeting nature of life. Also, while recording the album, Nathan lost his father and it inspired a tune he wrote in his honor and for his love of baseball and the Detroit Tigers, and the song is titled 'Diamond in the Sky.' Best Track on the album.