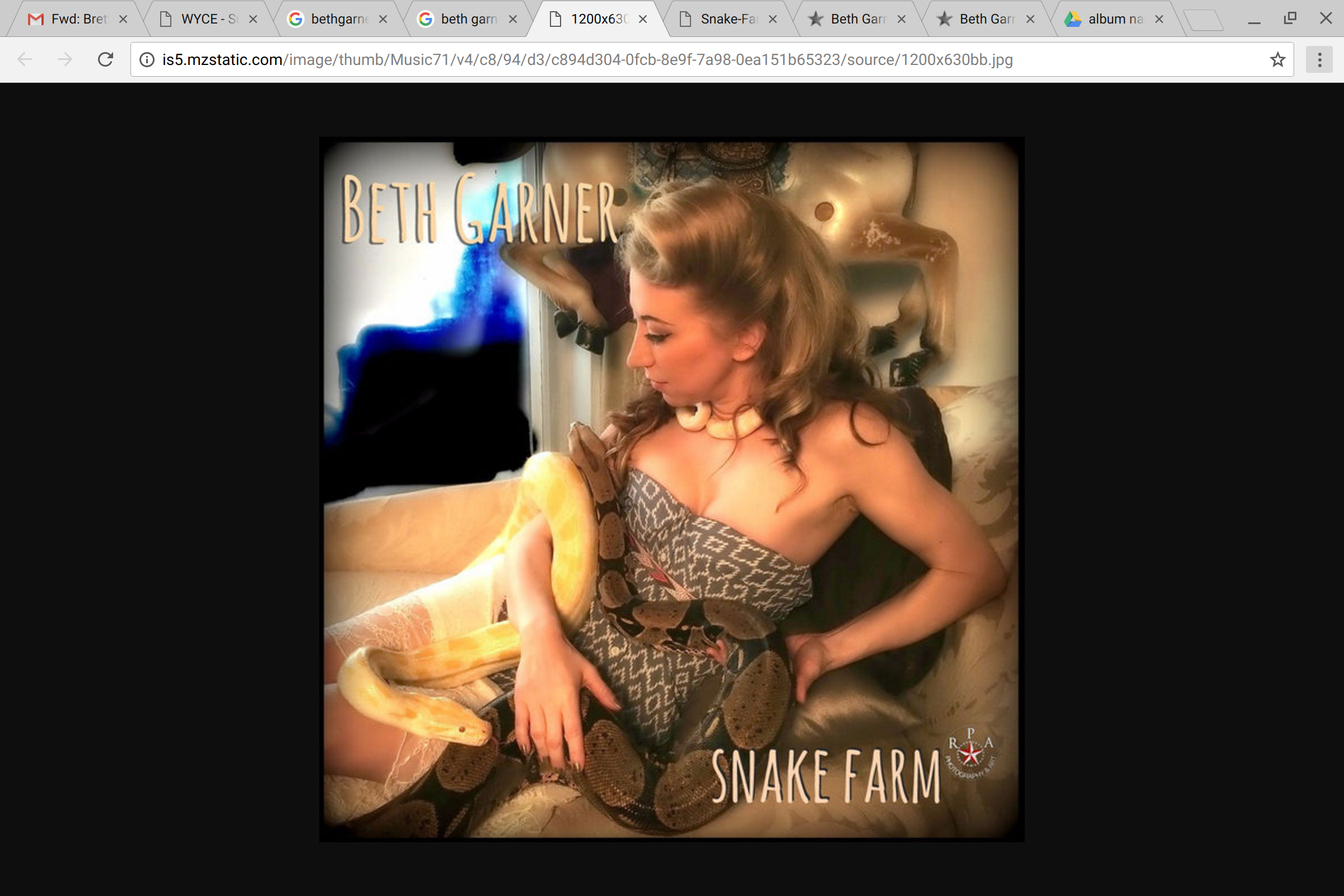 Nashville-based roots/singer/guitarist Beth Garner, album 'Snake Farm,' center stages Beth's soulful stir it up singing, with roots in the blues. She gets in the pocket with her 'other worldy' guitar work with both standard and slide guitar rock 'n roll. The album is full of the blues and Beth Garner's Janis Joplin like soul brings the fire to each track and it's one of the few album's the listener will really really feel.

Tracks to check out: 1. ALRIGHT BY ME; 2. Drop DOwn; 6. RAMBLIN MAN. Exceptional album.