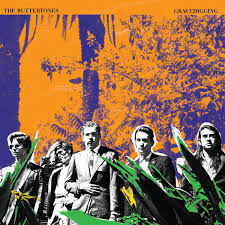 The Buttertones began in 2011 in Hollywood, California. Their album, Gravedigging was released in the spring of 2017 and is heavily grounded on the style of 60's surf rock with strong punk influences, some 50's rock, and high energy riffs. The Buttertones lead singer sounds similar to the lead singer of The Killers but with a wider vibrato in his voice. The artists' intention was for the album to make the listener feel as though he or she is watching a movie and it admittedly does just that; a movie with action, mystery, and romance. My favorite songs on this album are tracks 1, 2, 6, and 11.