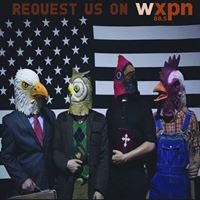 One For The Birds

A fairly short EP, but boy does it sound good. The Guitar playing is more than solid. I would say they sound similar to a JJ Grey, and have several rock influences which come out in several tracks. They hail from Philly, but are certainly making waves by being guests on the World Cafe Show, and touring with the likes of Elle King and Nathaniel Rateliff. Its pretty good overall, but I definitely want to hear more.