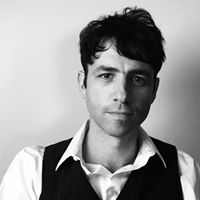 Out Of The Ashes

Anytime you read up on an artist and they posses a "Folky" style, and come from Nashville you know you are in store for a decent sounding album at least, with quite a bit of potential to be even better. Matt Urmy is certainly a candidate for that. This particular album was actually noted as "Could be the most fascinating Nashville album of the past decade...and it almost went unheard." He really sounds like John Prine for the overall music aspect of it, but his voice is pretty similar to Ralston Bowles. Sounds pretty good. Check out tracks 4, 5, and 9 for a couple good tunes to play.