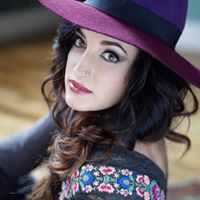 She sounds really similar to the Accidentals, but a little more poppy overall. Another Nashville artist to come on the scene, however she was not born down that way. Rachel actually moved to Nashville to get her music career going. She does have some singer-songwriter attributes which come out on this shorter EP, but there is still a poppy feel to it. It was decent, would like to hear more of a full album from her, and more versatility in the musicianship.