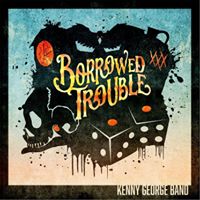 I thought this was a little too much country, but I would closely relate them to The Band Of Heathens, who normally have a little folk/Rock installed in the mix. Overall i thought it was pretty good, and flowed pretty well from track to track. It is recorded pretty well, which is always a nice advantage, but just a little too much country on some tracks. I liked tracks 2, 4, and 11 the most on this one.