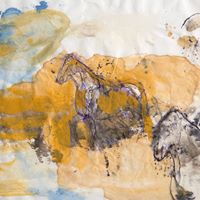 Not too shabby of an album here. I thought he kind of sounded like Drew Nelson at the end of the day. A little folky, but still some rock/blues influences in there as well. I thought it sounded pretty good, especially for being his Debut Album. Lawrence resides in Austin, TX as well which is always a nice benefit to be in one of the Capitals of America where there is so much good music produced. Very solid, and i can't wait to hear more from them, once they get up and touring. Check out tracks 2, 4, 7, and 10.