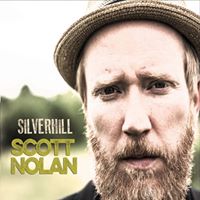 Were going up country on this one. I like the fact that the songs are very well written, which Hayes Carll has said he is one of the best song writers he has seen. I thought the album was a little slow, and too country for me, but it was still very solid to say the least. I would normally consider this Folk or Americana, but it really is pretty country. Not too bad though, and i really liked tracks 2, 8, and 11 the most.