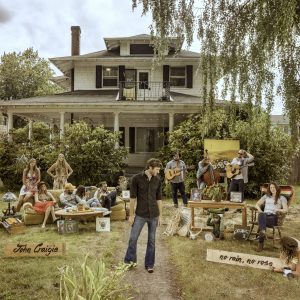 No Rain, No Rose

A very solid album here from John. Very Singer Songwriter for sure, and i would closely relate him to the styles of John Prine or even Todd Snider. His voice is very similar to Tom Rush in my opinion. There were some pretty good tracks on the album, but some not so good ones as well. Very acoustic sounding for sure, but there are quite a few instruments on the album which is a little different than quite a few singer songwriter artists. Nice to hear the acoustic guitar, but having the backing of a Stand up bass, and a violin really help to allow them to stand apart from other Folk artists. Check out tracks 3, 6, and 11.