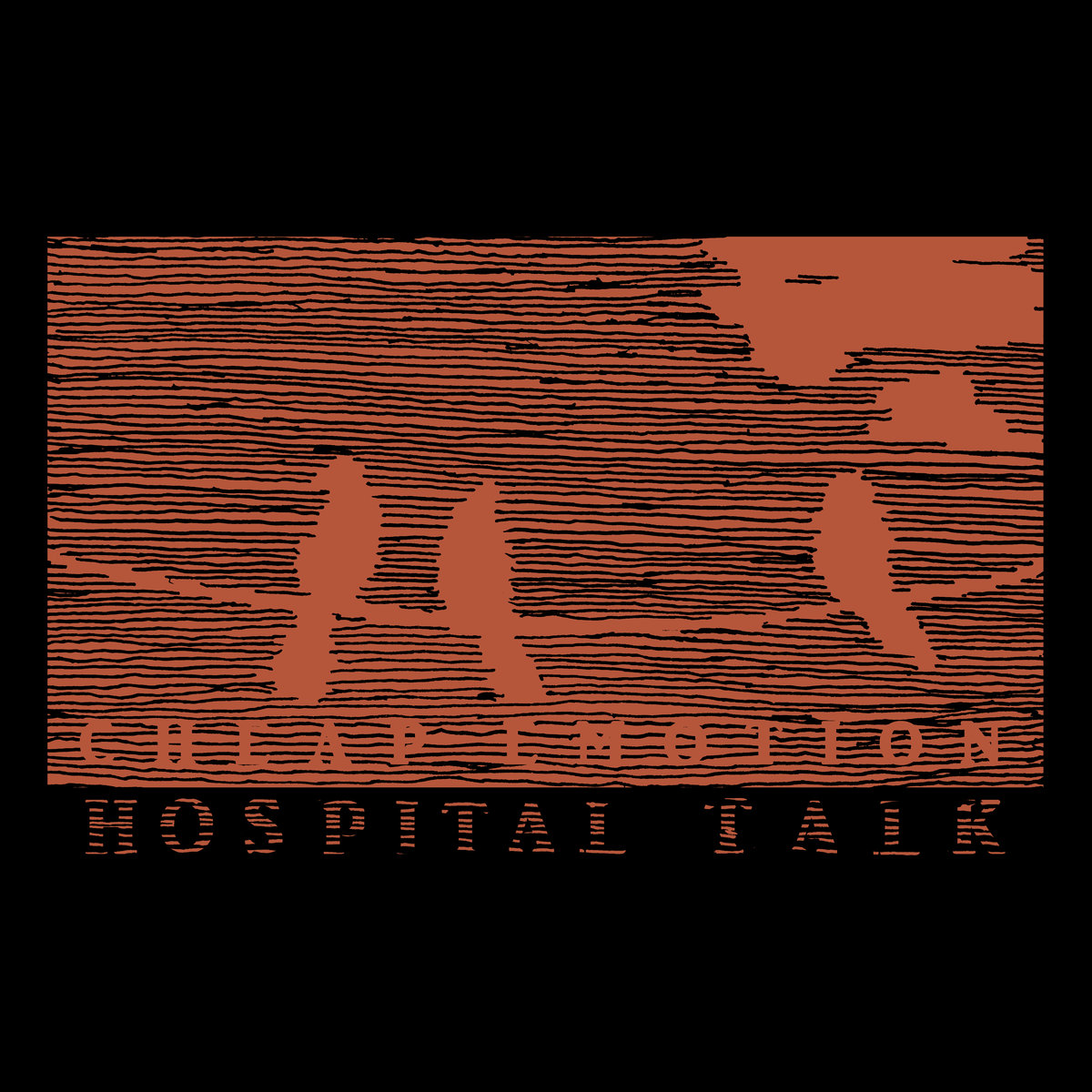 Local Emo trio Cheap Emotion has been rocking house venues in and around Grand Rapids for a few years now, taking time to record live material and demos between touring and producing the band’s debut studio album, Hospital Talk. This title befits the material, as hospital doors and hospital gowns are mentioned regularly throughout the 32 minutes of gloomy howls from lead singer Devon Cline, accompanied by euphoric wails of Andy Fettig’s horn, bass, and keyboard playing. Mixed modestly in the background lies frantic former drummer Cullen Montel, who left the band after this album’s recording and before its release - regrettably, I might add, as the drum work here is inventive and inimitable.

Characteristic of the emo genre, this album features heavy reverb, deep harmonies, and impactful lyrics that intensify with repetition. Cline’s aggressive guitar playing shimmers over the occasionally fuzzy basslines, and compliments the energy of the vocals, which break up during the more emotional sections. Thematically, this album is melancholy and vulnerable, but not desperate. These tracks may seem simple at first in their lo-fi production, but a few back-to-back listens yields beautiful instrumental gems and a few “a-ha!” moments when analyzing the lyrics.

Recommended Tracks - Four Years Older, Managing, So Did I