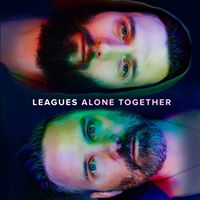 Not bad overall, they kind of sound like Modest Mouse, with a touch of the Go Rounds. In my eyes they have an Indie Rock sound, but a little more popish. They are really getting a lot of airplay with quite a few stations throughout the country, but i really thought quite a few of their songs sounded similar to one another. It was decent at the end of the day. I really liked tracks 1 and 9 the most on it.