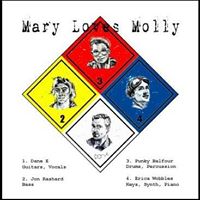 The music on this album is really a combination of quite a few genres. In fact in doing some research on the band, they consider themselves a mix of festival music, which they wanted to put on an album. They have a more upbeat tempo, and definitely have the sound of alternative rock for sure. Almost like a Dave Matthews with a twist of Donna the Buffalo. It was fairly decent. I liked tracks 1, 6, and 8 the most on the album.