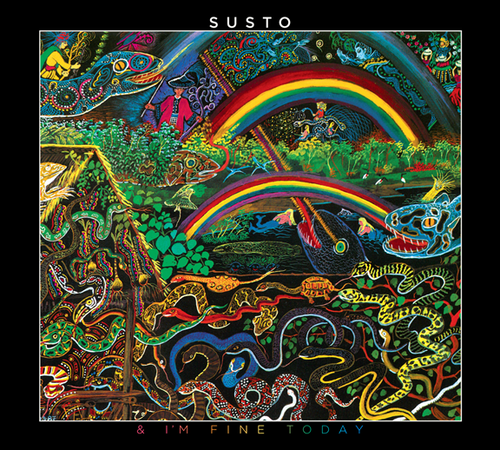 Charleston, South Carolina based band SUSTO's album '& I'm Fine Today,' is a masterful blend of gritty guitar licks s a top of intricate melodies, driving and mellow rhythms, emotionally charged vocals, and enlightening heart felt lyrics about growing up, and being comfortable with who you are. SUSTO is a Spanish word referring to a folk illness in Latin America that front man Justin Osborne learned as anthropology student, meaning "when your soul is separated from your body.” Following the album release date, January 13, 2017, the band will join The Lumineers on a 17-city run of shows in the U.S. and Canada. Favourite tracks from the album are Wasted Mind, Cosmic Cowboy, and Waves.