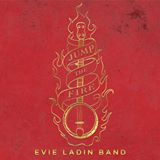 Some down home bluegrass on this album. It has been a little while since i reviewed a bluegrass album, and i forget sometimes how much i miss listening to music from that Genre. Im not really sure who to compare them too, with a woman singing bluegrass there were not too many female singers i could come up with to compare. I liked it quite a bit.