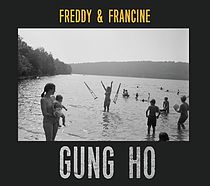 If you take the first 7 songs and throw them in the trash and listen to the rest of the album it is pretty dog gone good. Tracks 8 through 12 are pretty good and were easily the best on the album. It is folky for sure and has you kind of stomping your feet at the end. I enjoyed it quite a bit and would recommend picking it up.