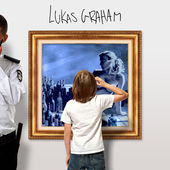 If you like Justin Beiber then Que this one up. The first few songs are sound something like you would hear from him. I can tell you that i like the lyrics of some of the songs, but just don't think they match up with the music very well. Coincidentally i thought Track 5 and 7 were half way decent but still kind of had a poppy feel to me.