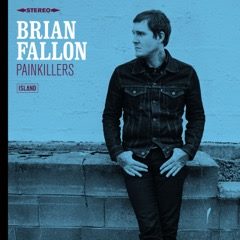 his was a pretty solid album. Singer Songwriter for sure and you could really tell that he was putting his heart into the music. Very Heartfelt. I really liked tracks 1,4, and 5 the most, with track 1 being the star track on the album. It kind of gave me a Todd Snider feeling to it, but had a little more going on then something he would do. I ended up liking this one quite a bit at the end of the day.