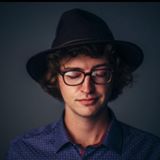 At Home And In Nashville

I thought this album was pretty good by Andy. Definitely a very solid singer songwriter album. Some of the lyrics in the songs had me cracking up, which made it just that much more enjoyable. It had me engaged once i really started getting into what he was writing about. There are a couple of tunes that were a little slow, or maybe not quite up to par but you will have that. My favorite tracks were track 1, 4,7, and 8. Pretty decent overall for some Americana Folk/Country Music.