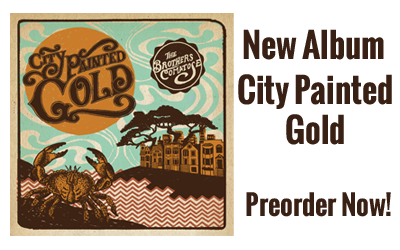 For me this was another great installment from The Brothers Comatose. There were some really good tracks on this album that showed they can be a folk-Americana band, but still show some versatility within their music. I liked Tracks 2,4,5, and 8 the best. I would like to catch these guys and see how good they are. I bet they really shine. Pick this one up for sure!!!