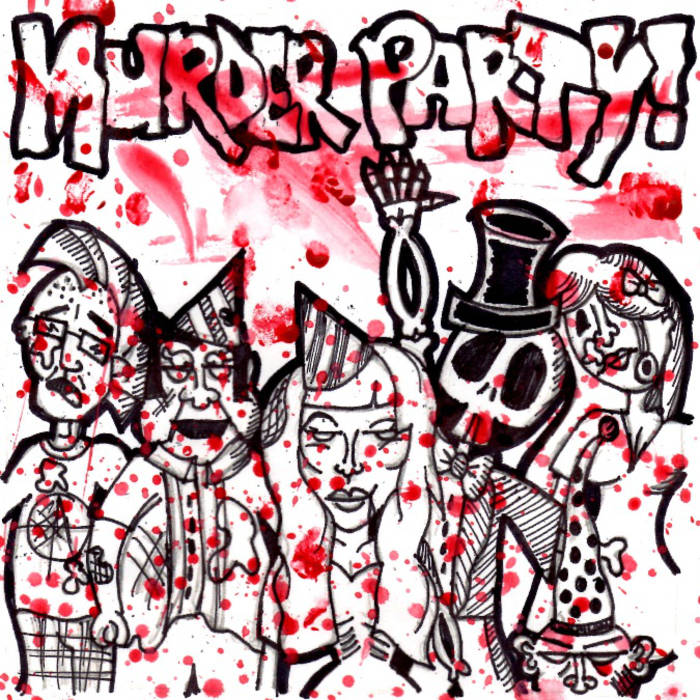 Murder Party is one of those local flavors that leaves a distinct aftertaste. Some sort of Frankenstein-esque mashup of influences has cultivated in this high energy rock n’ roll Grand Rapids trio. Entering their fifth year, Murder Party only has a handful of recorded material, but its pungency contributes to its longevity (this EP was actually released in January of 2013, but only recently found its way into the WYCE library). My experience seeing them at a basement show was inspiring, as many local punks began to sing along to their most popular tune, “I’ll Kill, I Swear”. The group’s lyrics are the icing on this blood-stained cake, as the songs detail a hostage situation, singing skeletons, and a crazed axe-wielding biker among other spooky themes. One might be tempted to categorize them as horror punk or goth rock, but Rob Bruce, frontman and guitarist, says he’d rather they simply be called rock and roll. Indeed, as you make your way throughout the humorous bumps of these six songs, you’ll find many familiar riffs reminiscent of motown and boogie. Bruce also shares his distinctive voice with fans in his solo sets, under the name Thomas Gun, which often include acoustic Murder Party songs. If you haven’t heard them yet, you’ll see plenty more of them in 2016 as they prepare for a new full-length release.