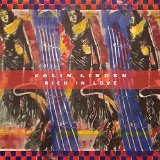 Colin Linden, a regular member of Blackie and the Rodeo Kings and a frequent collaborator with such A-list musicians as Bruce Cockburn, Emmylou Harris, Robert Plant and Allison Krauss as well as a solo artist, frequently straddles the lines between country rock, blues and roots rock. This new disc, his first solo studio effort since 2009, is no different with few songs that can easily be slotted within a specific genre. Featuring such guests as Charlie Musslewhite, Amy Helm and Reese Wynans, Linden works his way through 12 original tracks that prominently feature his voice and lyrics like a traditional folk album where the music propels the tale as opposed to much of modern music where the lyrics are like a shed added to the musical house. On even the most upbeat of these numbers, "No More Cheap Wine" the lyrics shine through loud and clear and reveal Linden refusing to waste precious time on pointless activities (and cheap wine!) or orchestrating a retribution campaign in paradise,"Paybacks are Hell". He’s also willing to throw in all manner of metaphors to describe his lust towards a hot mama, "Knob & Tube" and to get real direct about missing one that got away, "I Need Water". With a voice that often recalls Elvis Costello or Paul Thorn Linden has no problems crooning, "I Made a Promise", or being forceful when a different mood is required such as on "Hurt" where he channels the anger of the likes of Etta James and Sonny Liston for the raw deals they received during various times in their lives. While there is a focus on the lyrics the musical backdrop certainly is not to be ignored. Linden is an adept guitarist and his regular band mates add a solid back drop for the contributions of the guests. Smitty