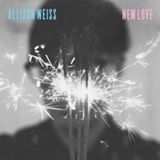 Unique and Surprising is the way to characterize this cd in my mind. It has some singer songwriter attributes to it, but it also surprises you with a little zing towards the meat of the album. Supposedly this album was written around the New Love idea. Like when you are first getting into a relationship and you have those butterflies in your stomach with excitement. The lyrics really express these types of feelings which goes hand and hand with the music on the album. It's not bad, tracks 3, 5, and 7 are not too bad and were my favorites on the album.