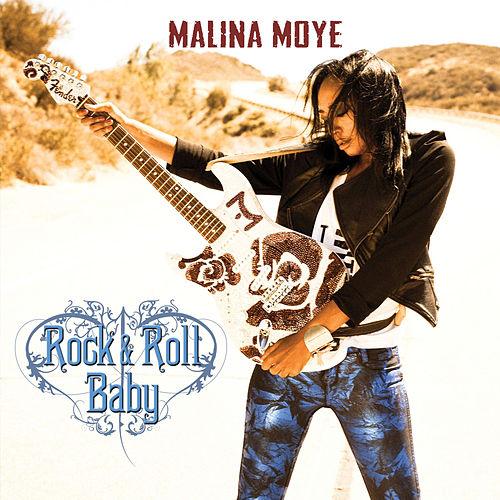 Malina Moye must be the product of some secret experiment performed deep in the Mothership. She sings like Janet Jackson, has the oozing sexy showmanship of Prince, and channels the spirit of Jimi Hendrix and Stevie Ray Vaughn all while playing as a lefty with inverted strings. Crazy, right? Well, you get all that and more on her latest EP, Rock & Roll Baby. She has built an impressive reputation in the 10 years she's been in the spotlight: endorsed by Fender, considered one of the top ten female guitarists by Guitar World magazine, and the first black woman to play the national anthem on guitar at a sporting event (just to name a few), the sky is the limit for this remarkable talent.

The EP begins with a guest feature by Casper the Funky Ghost himself, Mr. Bootsy Collins, who lends his humorous vocals to the song K-yotic. Hustler's Blues deals with the struggle of ordinary people, where she works in a chorus ripped from Grandmaster Flash & the Furious Five which fits quite well into the song. Then, she makes a bold statement by covering Hendrix's Foxey Lady to shut all the naysayers up, if she had any. A Little Rough is quite a turn on, and Are You The One is a slow R&B tune that you got to be careful with if you do not want to make babies anytime soon.