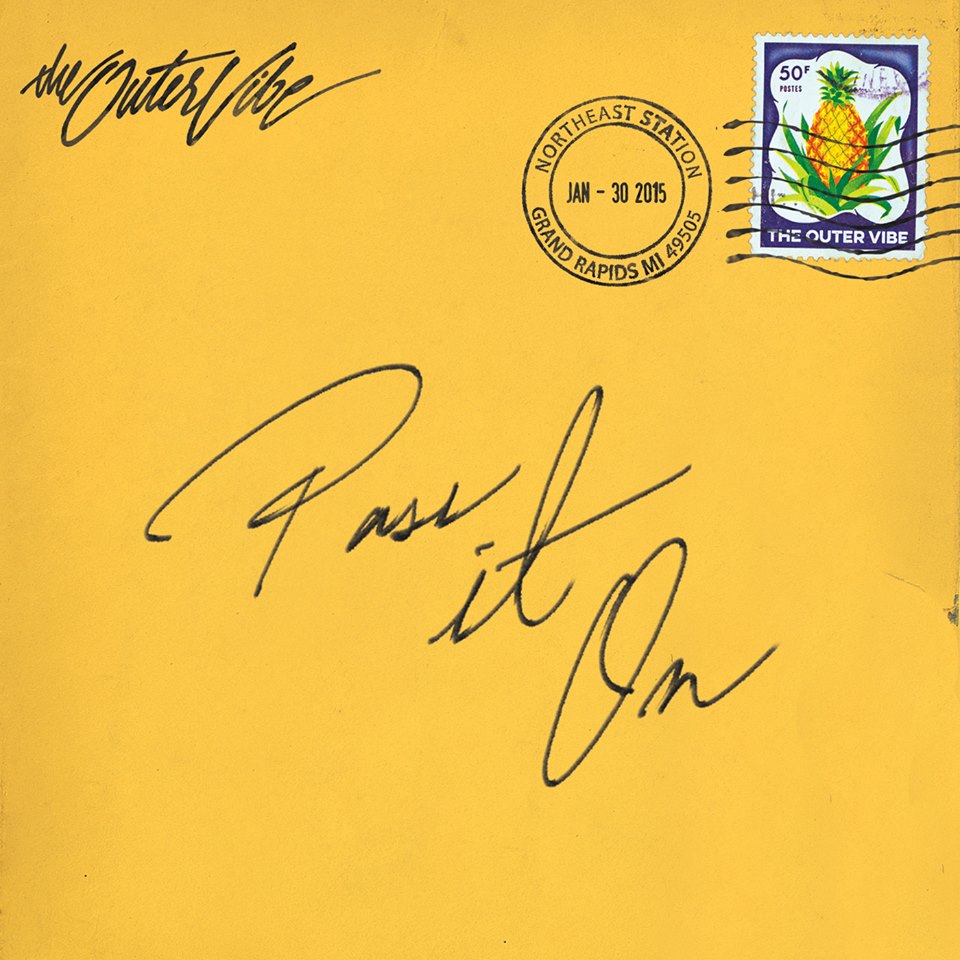 Grand Rapids based and locally loved rock n’ roll group The Outer Vibe celebrates their most recent EP release, Pass It On, by sharing it with their audience free of charge - but with only 1,000 copies. The concept of Pass It On is self-explanatory: give the record a listen, rip it to your computer, and pass it on. The physical copies of the EP have a section on the inside cover where recipients may sign their name to record where it has been, but it is also available for free digital download. Pass It On features 4 of The Outer Vibe’s best new tracks, produced by Brad Dollar (The National, Grateful Dead) and mastered by Joe Laporta (Imagine Dragons, Vampire Weekend). The new tunes are just the kind of groovy, catchy rock that is inherent to The Outer Vibe's sound. This release marks an ambitious year for the band, as they anticipate a full-length release and a United States Tour.