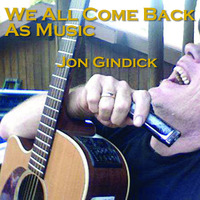 When We Die, We All Come Back As Music

When you start taking a look at Great Harmonica players, I would have to say that many people recognize John. John actually has classes and camps he teaches, including camps to well known artists to refine their craft and become more versatile in their music. Additionally he actually teaches how to repair and tune Harmonicas as well. With that being said there is some outstanding Harp playing going on, on this album. A great blues or Delta blues album to say the least. There were quite a few tracks i really enjoyed. Tracks 2, 6, and 9 were the best in my opinion. Pretty awesome overall.