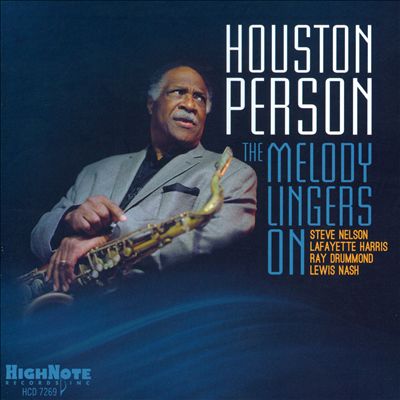 The Melody Lingers On

Esteemed tenor saxophonist Houston Person lives up to his soulful expectations with his 2014 instrumental jazz release The Melody Lingers On, the most recent of the long-time musician’s works. Breathy, expressive tones from Person are backed by four jazz experts - Steve Nelson on vibraphone, Lafayette Harris on keys, Ray Drummond on standing bass and Lewis Nash on the kit. The 10 tracks are a compilation of both original and classics, with chilling renditions of “My Funny Valentine” and “Bewitched” by Richard Rogers and Lorenz Hart, and “They All Laughed” by George Gershwin. A calming, pleasant, impressive listen from some of the best in the scene.