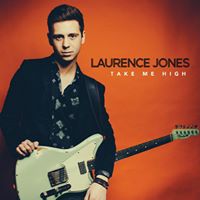 Freakin Awesome!!! Love this album from start to finish. Very bluesy, and i would say he sounds like a Kern Pratt, or even like a Davy Knowles/Back Door Slam. More mainstream to today's standards, but still providing the old school tones/beats from Traditional blues artists. Great Guitar, and just a rocking Album overall. I really liked tracks 2, 4, 7 the most, but can't forget the snappy cover of "Higher Ground" they throw in at the end. Adding to the library for sure!!!