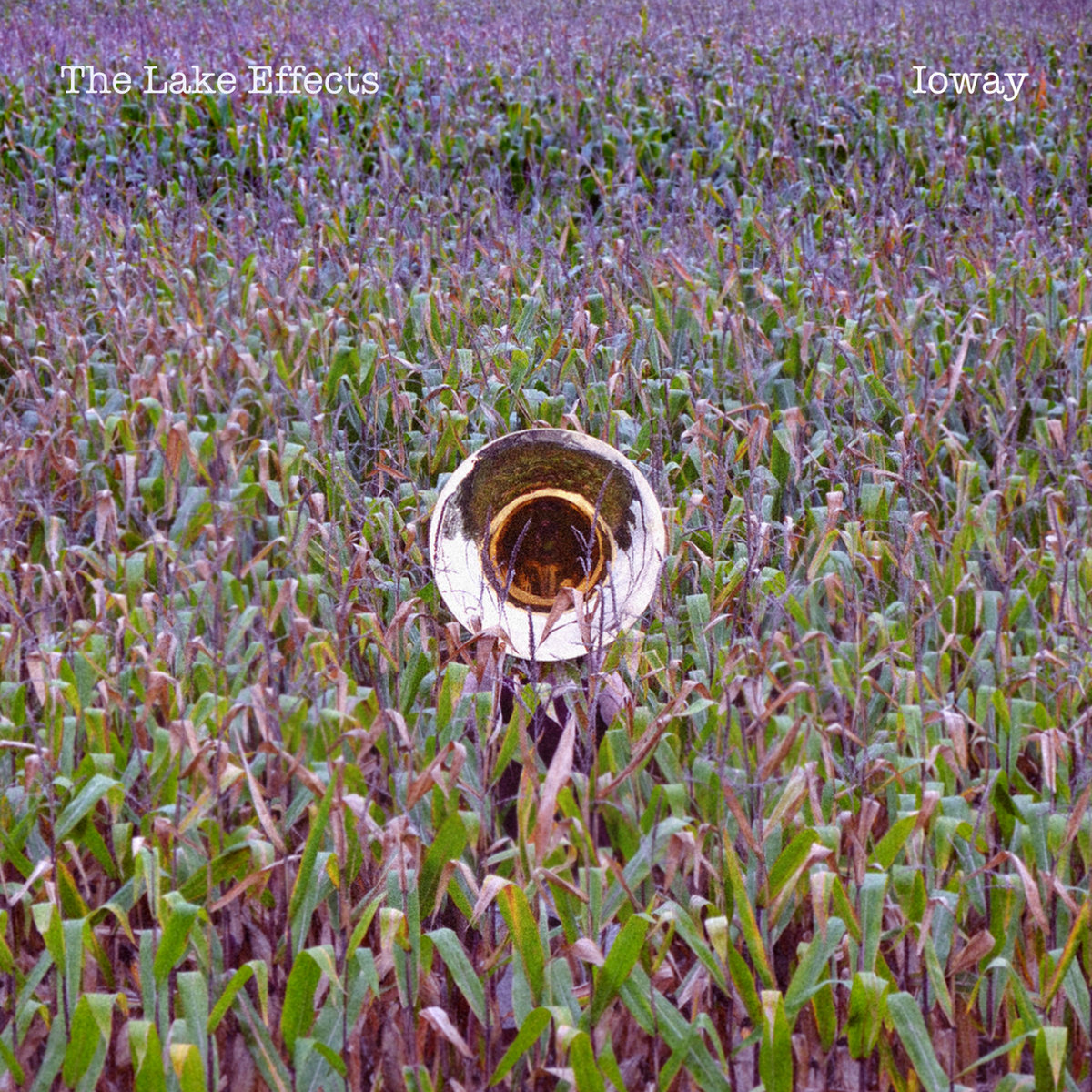 Bringing brass instruments into a rock band seems to be be catching on more lately, whether it be to drive a trumpet through a punk band to create ska or to instill a more symphonic feeling to an ensemble. In the case of local group The Lake Effects, these young musicians likely had an affinity for marching band in school, and carried on to incorporate trombone, trumpet, and sousaphone into the light-hearted “brass-pop” indie band we know today. A sousaphone, for those of you who took orchestra, is essentially a tuba that is more conducive to standing, marching, or perhaps jigging along to the bouncy rhythms and compositionally intricate tunes on Ioway, the band’s debut full-length, recorded at Cold War Studios by Rick Johnson. They are self-described as an indie band, but the complex time signatures, sporadic tempo changes, symphonic elements and vocal harmonies make it sound like a prog rock album.

Lukas Schroeder on sousaphone takes the role of a bassist in this case, pulsing along with the determined strokes from drummer Mackenzie Mattis. Lukas’ twin brother Niko plays electric guitar, trombone, and sings the whimsical lyrics which vary in theme from late-night talk shows to pizza shops, and a curious mispronunciation of the twins’ home state of Iowa. Although the boys are not originally Michigan locals, the musical content here reflects a lifestyle in the midwest, and is a ray of sunshine in the bleak winter months. Gabe Ellis provides the keyboard, which ranges from traditional piano to bouncy 80s synths, and also blows the triumphant trumpet lines and sings humorous falsetto accompaniment.

There’s never a dull moment in Ioway. It constantly catches the listener by surprise and surely will have you rewinding to catch those funny lyrics again. It’s got just the right balance of a band that doesn’t take itself too seriously while taking the time to lay down some heart-felt compositions.