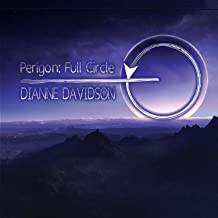 Coming thirty years after her last release Dianne Davidson’s new disc finds her basically starting anew after a long career singing in support of the likes of Linda Ronstadt, B.B. King, Jimmy Buffet and Leon Russell. Supported by a large cast of musicians including not only the typical guitars and rhythm section but numerous horns, keyboards and strings, she works her way through 10 originals and two covers. With a clear, unforced, voice that convincingly conveys both pain and joy as dictated by the lyrics and a whisper to a roar range, Davidson sounds far younger than her sixty plus years. Musically, this set is a mixed bag of blues, folk, ballads and roots rock that explores loss, heartbreak, unrequited desire, the need for familiar guideposts to make sense of ever-changing circumstances and promises of undying support. Highlights include the duet with Ruthie Foster on the buoyant "Subtle Touch", the horn heavy "Solitary", the heartfelt lament to those left behind, "Precious Boys", and "The Island" with its rocking groove recalling Joni Mitchell’s Woodstock in reverse with Davidson wanting to escape rather than get back to a place and time. Interesting from beginning to end, let’s hope that Davidson picks up the pace of her releases lest it be left to the next generation of listeners to discover her talents. SMITTY