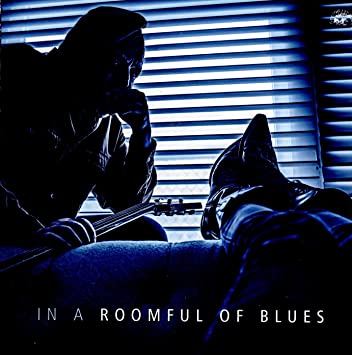 IN A ROOMFUL OF BLUES

How many times have you loved a band’s disc featuring top notch guitars, vocals and a wailing horn section pulling it all together only to venture out to the band’s show where you are greeted with a standard three- piece crew working its way through straight guitar blues? While the show may be great, it simply doesn’t match what you expected to hear. When you ask what gives, the story is always the same- the band simply can’t afford to tour with so many pieces. Fans of Rhode Island’s Roomful of Blues never face that disappointment. With a run now passing 50 years on the road and 21 albums to its credit, what you hear on disc is what you get when the band rolls into town. The band has never backed away from touring with its full horn section which is typically two saxes and a trumpet and, for long stretches, included a trombone- and that’s on top of drums, bass, guitar, keys and a lead singer- literally, a roomful on most blues bar stages! So, what are you going to get when the band tours this disc? The 13 cuts collected here showcase the versatility that the horn section (Rich Lataille on tenor and alto sax, Alek Razdan on baritone and tenor sax and Carl Gerhard on trumpet) brings to the proceedings. The horns add a classy backdrop to heartfelt ballads like "She Quit Me Again", where lead singer Phil Pemberton finds himself mourning his change in status, and locks into an upbeat groove that wouldn’t be out of place on a Cab Calloway disc, "She’s Too Much". Elsewhere, "Have You Heard", has a Zydeco groove with the rollicking keyboard work of Rusty Scott providing a launching pad for the horns to do their thing. Those who need a bit more guitar with their blues should head to guitarist Chris Vachon’s "Carcinoma Blues" which follows in the steps of many classic Roomful cuts with its adept guitar lines augmented but not overshadowed by the brass and reeds. The Doc Pomus penned "Too Much Boogie" finds the entire band hitting on all cylinders with a classic jump blues groove. Of course, all the collected talent would do no good if not in the service of solid tunes. That is not an issue here with nine well-crafted originals and a few covers that deal with everything from the ups and downs of relationships to more contemporary fare such as the pointed slap down of our phone addictions,"Phone Zombies". As is typical of this band, it doesn’t disappoint whether you hear them on disc or see them live. With the nation under virtual quarantine, this is your best bet for a Roomful experience. Don’t miss it. SMITTY