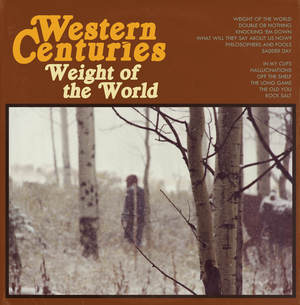 Weight Of The World

I have to say i thought when this first started that it was going to be very country. The further i went in the cd the more they became more like a Donna The Buffalo or something. Similar beats and lyrics. Not too bad in the end, I really like tracks 6, 10, and 12. Recorded very well