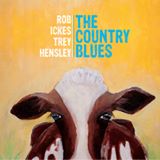 If you are looking for some original Americana Folk Style music, then look no further. This is the album for you. They give you the standard Blue Grass beats throughout the album, and throw in some bluegrassy covers like, "Friend Of The Devil" and "One Way Out." I thought it was more than solid, and really enjoyed tracks 1, 8, and 10 the most.