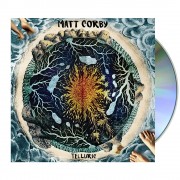 I was not really sure what to think about this album. It was pretty slow but i liked it quite a bit as well. There were a couple of tunes that almost sounded like they had a jazz beat to it, but more of a folk feel. A very unique sound in my opinion. Its worth giving a listen. I enjoyed tracks 2, 5, 6, and 8 the most on this album.