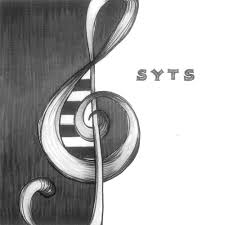 With only five tracks, this modern classical piano album is packed with emotion. The track names on the album fit well with the imagery that dances in your mind while listening to each piece. The piano does not need vocals to tell a story, and the artist knows how to do this well. Jason Sytsma's song, "A Timeless Memory," took second place in GR's Big Talent contest last year and is the first track on the album. I enjoyed listening to the entire album but my favorite tracks would be tracks 1 and 4.