Artist Of The Day: The Fat Babies 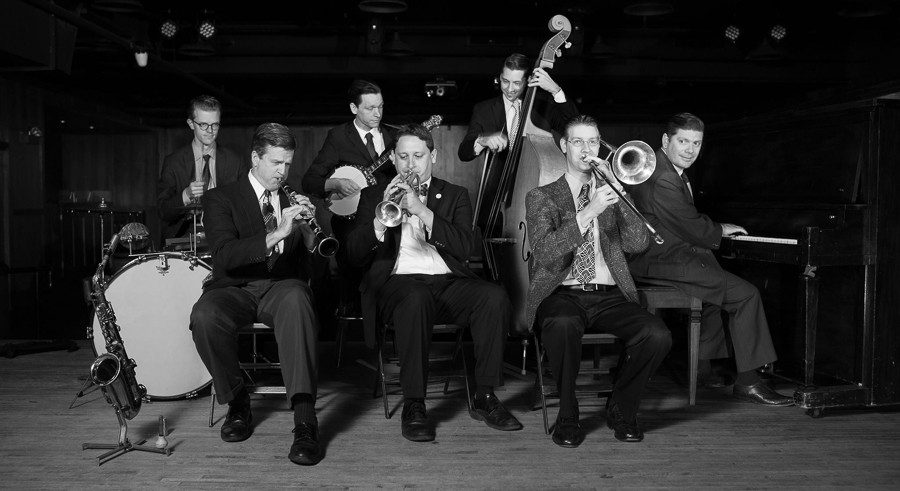 The Fat Babies are a Chicago –based eight piece jazz band masterfulluy interpreting classic styles of Dixieland, Ragtime and other sounds made popular in the 1920’s and early 1930’s in New Orleans and Chicago.

As raucous as the Fat Babies can get, they never compromise the integrity of the music.

According to the Chicago Tribune’s jazz critic Howard Reich, “Ensembles that play early-period jazz are in perpetually short supply, and those that handle repertoire of Jelly Roll Morton, King Oliver, Louis Armstrong and other pioneers at a high technical and artistic level are rarer still. That makes Chicago’s Fat Babies a band to be treasured, dispatching pre-bebop music with the passion and respect it deserves but rarely receives.”

The group can usually be seen every week at their long standing residency at Chicago’s famed Jazz Club "The Green Mill."

The Fat Babies have released 4 albums on the  Blues label Delmark Records.  Their latest, “Uptown” was recently added to the WYCE Music Library.