Artist Of The Day: Lila Downs 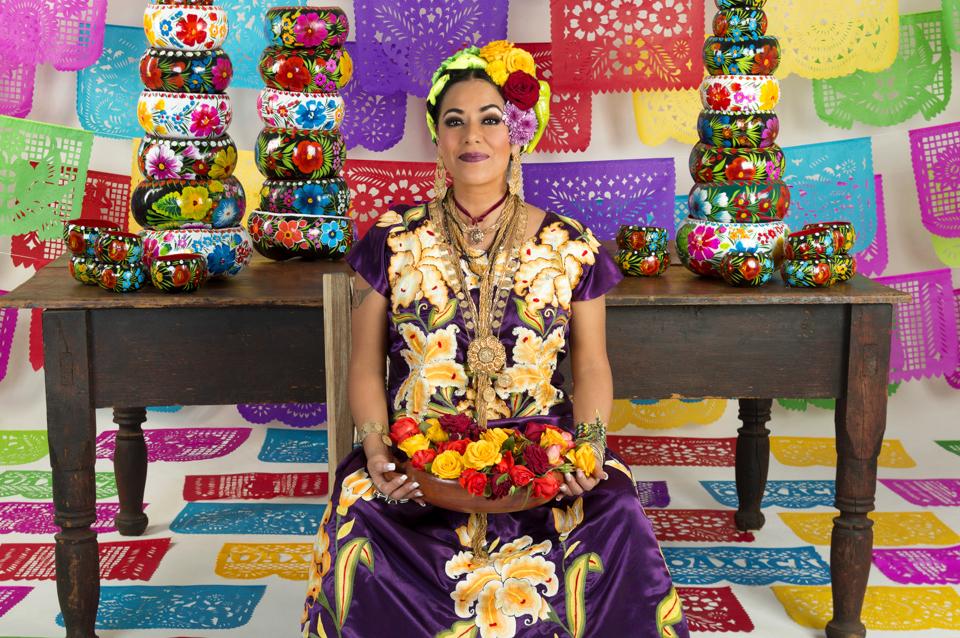 Grammy-winning singer, songwriter, actress, and activist Lila Downs is among the most globally popular singers of Latin music.

One reason is that despite long established roots in Mexico and the United States, her cultural vision is anthropological.

Hers is informed by ancient and earthy cultures both from her native Oaxaca [WAH-ha-kah]-- boleros, rancheras, and mariachis – and the U.S. with its jazz, blues, and soul standards.

Her own songwriting topics reflect themes of political and social justice, immigration, transformation, and environmentalism, all rooted in the human condition.

Downs’ career began in the early 90s with her debut album Ofrenda, a collection of traditional Oaxacan [WAH-ha-k’n] songs.

She made her major label debut in 1999 with La Sanduga, but her international breakthrough came with 2001's album Border.

Downs has acted in a handful of films including the 2002 Frida Kahlo biopic Frida for which she contributed a song on the soundtrack. That song - "Burn It Blue" - would be nominated for a Best Original Song Oscar at the Academy Awards that year.

Lila Downs has released over 14 albums and won 5 Latin Grammys over her prolific career.

Her latest release Al Chile, is an anthropological and sociological celebration of the chili pepper and its role in Latin culture and was mixed by Mario Caldato, Jr. (Beastie Boys).