Artist Of The Day: Poncho Sanchez 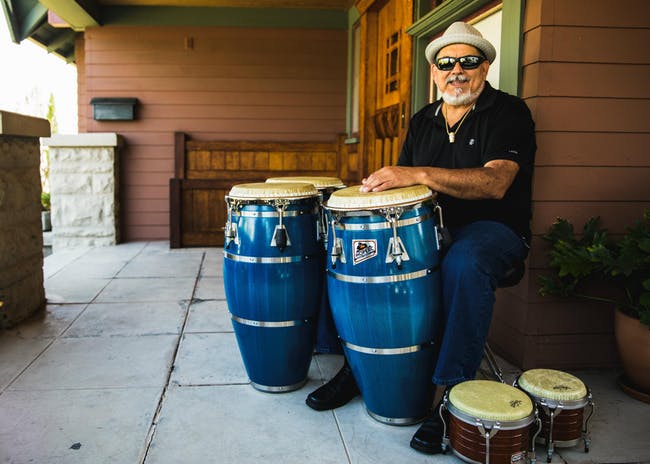 Grammy-winning bandleader, conguero , and singer Poncho Sanchez is among the most influential percussionists in jazz.

Sanchez was born in 1951 in Laredo, Texas.  The youngest of 11 children, his family relocated to Norwalk, a suburb of Los Angeles when he was four (and where he continues to live.)

At home he was exposed to and influenced by Afro-Cuban sounds of Machito and Tito Puente that his sisters danced to, and the bebop of Charlie Parker, Dizzy Gillespie, and Bud Powell, that his older brothers played on the radio.

Sanchez’s long career includes a vast musical legacy with dozens of LP and CD album releases and many thousands of public appearances. He is a favorite and often-featured artist at regional and national Latin Jazz festivals and concerts.

In 2000, he and his ensemble won the Grammy Award for Best Latin Jazz Album for their work on the Concord Picante album Latin Soul.