Artist of The Day: Gaelynn Lea 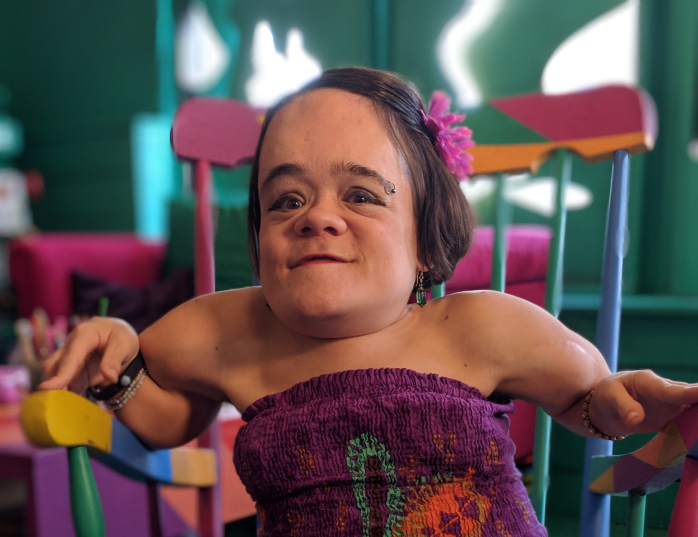 Lea was born with osteogenesis imperfecta, a genetic condition that causes complications in the development of bones and limbs. Lea became impassioned by classical music from an early age, and in fifth grade a teacher took notice and encouraged Lea to pursue music.

Due to her physical stature she developed a technique where she plays violin with the body of the instrument placed in front of her like a cello, which creates a unique sound: in this stance, her bow strikes the lower strings first, in contrast to most violinists for whom the bow strikes the highest string first. With the use of looping pedals Lea layers multiple orchestrated parts from an electric violin while she sings. She released her debut, “All Roads That Lead Us Home,” in 2015.

Lea is also a public speaker, discussing sexuality, the obstacles for people with disabilities, the use of art as a vessel to overcome physical limitations, and on accessibility in the music industry.

Lea is appearing at WYCE for an in studio performance at 3:00. She is also performing tonight at The Pyramid Scheme at 7:30.