Artist of The Day: The Suffers 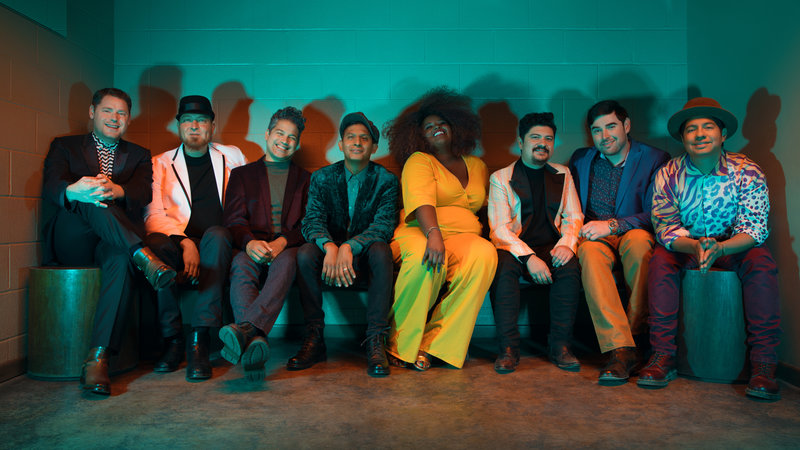 A ten-piece band playing what they call Gulf Coast soul -- a heartfelt mixture of vintage R&B and classic rock & roll with dashes of reggae, country, and hip-hop -- the Suffers were formed in Houston, Texas in 2011 by two musicians with a big vision. Bassist Adam Castaneda and keyboardist, songwriter, and vocalist Pat Kelly were the founders of the group, eager to bring a new sound to the Lone Star State.

The Suffers debuted in Houston, and within two years they went from packing local clubs to playing festivals across the state. In 2013, the Suffers dropped their debut single, "Slow It Down" b/w "Step Aside," and an EP, “Make Some Room,” followed in 2014. By 2015, word about the group went nationwide; they appeared on The Late Show with David Letterman, were covered in The New York Times, Paste, and Spin, toured the East Coast, and took home 11 trophies at the Houston Press Music Awards, all before the releasing their self-titled debut album in 2016. They released their second album, “Everything Here,” in 2018.