Artist Of The Day: The Raconteurs 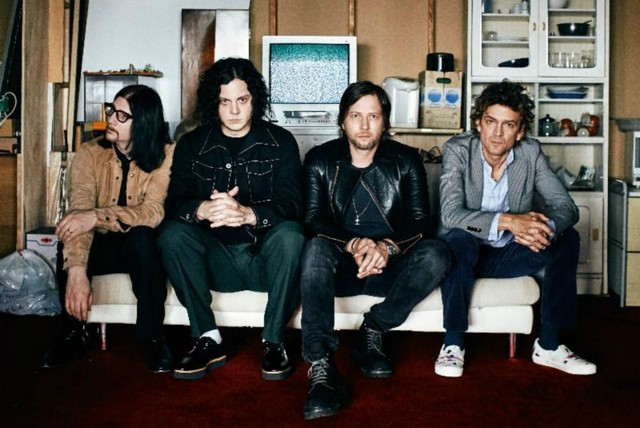 The Raconteurs  (known as The Saboteurs in Australia) is a Nashville –based  rock band originally formed in Detroit, Michigan in 2005.

Launched just as the White Stripes were entering their twilight years, the Raconteurs initially appeared to be a bit of a busman's holiday for Jack White.

“Broken Boy Soldiers” , the group's 2006 debut, swiftly revealed the quartet as their own distinct entity, fueled by the complementary power-pop skills of White and fellow frontman Brendan Benson and anchored by Jack Lawrence and Patrick Keeler, the rhythm section of the Greenhornes.

The latter duo gave the Raconteurs garage rock grit, while the previous pair celebrated and subverted classic rock tradition, a combination that flourished on “Consolers of the Lonely”, the band's second album for which the band earned a Grammy nomination for Best Rock Album and Best Rock Performance by a Duo or Group with Vocal for "Steady, As She Goes."

The Raconteurs entered an extended hiatus after its 2008 release, but reunited nearly a decade later to deliver  2019’s “Help Us Stranger” on Jack White’s label Third Man Records.

The new album was recently added to the WYCE Music Library.